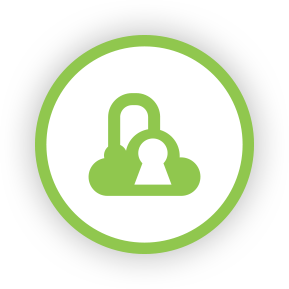 Paran is a technology entrepreneur with a vision to deliver security and privacy to the masses. This would take the form of developing a high value IP proposition in the fields of cryptology and machine learning which is Scentrics.

Scentrics is the culmination of a career spanning decades of cybersecurity entrepreneurship and research and global policy formation.

Jerome specialises in business operations and growth. He has spent most of his career developing technology businesses and working in technology sales & marketing. A strong combination of leadership and technical knowledge allows Jerome to be the lead on high profile accounts. His experience spans numerous sectors including financial, media and charity. A Microsoft and Cisco Certified engineer, the last two decades have seen Jerome in roles as diverse as technical trainer, salesperson, consultant and company director. Prior to Scentrics, Jerome played a significant role in assisting the founders of a London-based IT Support Company, increase its sales and assist its subsequent exit. Jerome joined Scentrics bringing this versatility and breadth of expertise together running the day-to-day operations of the business.

Francis heads up the Scentrics Backend Architecture and build team. He brings over 25 years experience as an Agile Architect, Tech Lead, Full-stack Developer, and Systems Integrator. Most of his international career around the world (New York, Montreal, Paris, Singapore, London, Dublin) was served building real-time trading systems in Investment Banking, with forays in Telecommunications, in the Aeronautics Industry, in Analytics and modelling, and in the field of Privacy and Security.

John is a professor at University College London, where he is the former head of Computer Science. He is also the UNESCO Chair of Artificial Intelligence at UCL. His main research area is Statistical Learning Theory but he has also helped to drive a fundamental rebirth in the field of machine learning through the coordination of several European-wide projects investigating the theory and practice of Machine Learning. He has been involved in applications of machine learning in fields as diverse as computer vision, brain scan analysis, immunity and proteome analysis in medical applications. John has authored over 250 research papers and two books about support vector machines and kernel methods. He is among the most highly cited academics in his field.

Keith has been involved with computers and the IT industry since the late 70’s. A veteran of the video computer games industry during the 80’s 90’s and early noughties, he then broadened his knowledge base and has since worked in a variety of other sectors in an IT related capacity over the last 15+ years. Due to his ability to combine technical, strategic, and business oriented thinking he has held numerous roles during his career including Board level positions within both private and listed companies, and has also been involved in various company acquisitions, reverse takeovers and flotations at senior management and Board level.

Yann heads up the client architecture and build team. With 25 years of experience as a software developer and lead engineer he brings in his expertise in secure middleware and user-friendly interfaces. Yann worked for blue-chip companies and start-ups, specialising in networking, telecommunications and embedded systems.

Simon specialises in Marketing, having spent the first half of his career as a Board Director of various advertising agencies (Dewe Rogerson 1984-87; J Walter Thompson 1987-94; Abbott Mead Vickers.BBDO 1994-1996; J Walter Thompson 1996-2000 – the last 2 year as Managing Partner) and as Chairman of HHCL & Partners (2000-03).  He was also a key contributor in Sir Richard Branson’s first bid to win the License to run the National Lottery and was made CEO of the People’s Lottery for Sir Richard’s second Bid in 2000. Since then, he founded Virgin Games in 2003 which he ran until its successful trade sale in 2013 before setting up his own consultancy firm, Simon Burridge & Associates, which, over the years, has worked for such companies as Seven Investment Management, The Health Lottery, Buzz Bingo (formerly Gala Coral), of whom he was also a Non-Executive Director, as well as many others.

Simon graduated with a degree in Modern History from Oxford University

Phil is a commercially focused Finance Executive with significant experience in a number of organisations and sectors.

Following a degree in Computer Science from Manchester University, he qualified as a Chartered Accountant with Arthur Andersen then spent a number of years as a CFO in the technology, fiber optics and biotech sectors including working with 3i, fund raising and completing an IPO in the US.

He moved to the US as divisional CFO for Quintiles then Iron Mountain, Bausch and Lomb and Readers Digest where he completed numerous acquisitions and business transformations.